How do I remove contacts with cancelled subscriptions from an autoresponder?

There are a lot of things you can do with your unsubscribers, such as:

Here is a possible scenario:

You have an autoresponder (Active Members) that serves as a newsletter for active members of your organization.

This is how to do it:

2. Filter your contacts to show only those that unsubscribed to the Active Members autoresponder

… or choose ‘Unsubscribed‘ / Active Members from the ‘Filter‘ menu on the Contacts list screen:

3. Once the filter is in place, click on the ‘I want to…‘ drop-down menu and select ‘Edit matching contacts‘

4. On the ‘Edit Matching Contacts‘ screen, select the following under the ‘Subscription‘ section: 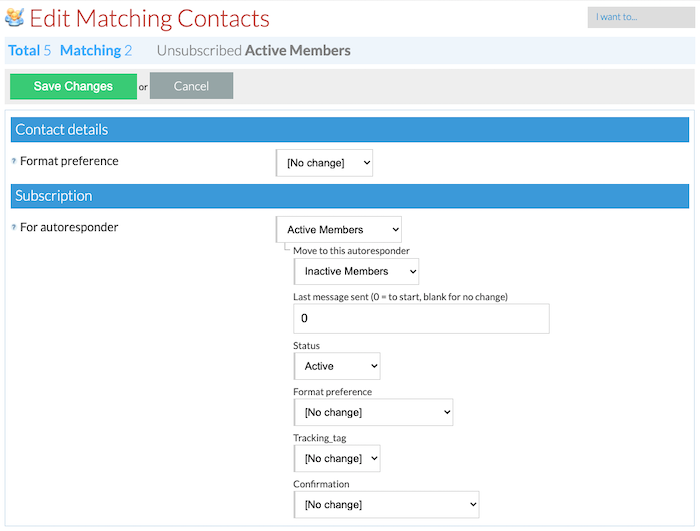